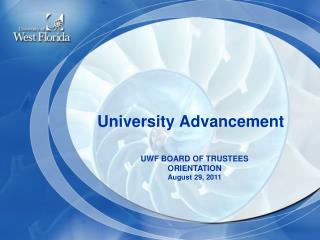 The Reorganization of University Advancement - . scott c. warrington, vp for ua. management matrix: the management of

ADVANCEMENT - . all cub scout advancement. standard is to “ do your best. ” encouragement and recognition of

Advancement - . (n): an act of moving forward. splendid. gorgeous, magnificent: the sun set of the sky is so magnificent.