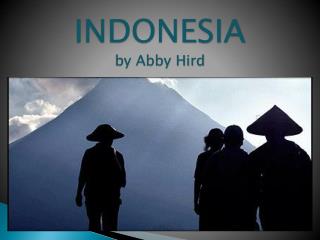 INDONESIA by Abby Hird. The Indonesia flag’s colors originated from the Majapahit Empire’s banner which existed in the 13 th century. History of Indonesia. By: Abby Haywood - Role models. by: abby haywood. criteria for a role model. a role model is: a good listener someone

BY: ABBY CARPENTER - Anglea lansbury. by: abby carpenter. country of origin . just before the german bombing of london

By: Abby Jones - Julia child. by: abby jones “i can still almost taste it. and thinking back on it now reminds

By: Abby Torgerson - Rain forest. by: abby torgerson. 1. what is causing the rainforests of africa to disappear? what

By: Abby Haywood - Literary elements in “to kill a mockingbird”. by: abby haywood . symbolism. the burning of miss

By: Abby Hines - The history of shoes. by: abby hines . table of contents. types of shoes the reason for inventing shoes

Florida By: Abby and sam - . florida’s state capitol is…. the capitol of florida is tallahassee. florida became a

Final PowerPoint Mrs. Kilgore By: Abby - . stock. a supply of goods kept on hand for sale to customers by a merchant,

Abby Espinoza - . future career: dentist. how long is it from now?. it takes: 2 years in middle school 4 years in high