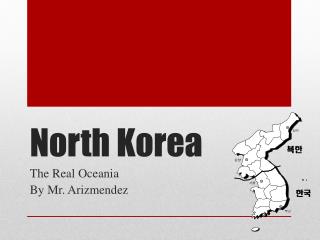 North Korea. The Real Oceania By Mr. Arizmendez. Things began to fall apart in the 1990’s after the fall of the USSR. Korean economy begins to fall apart as a result. Famine takes hold of the country from 1990 to 2005.