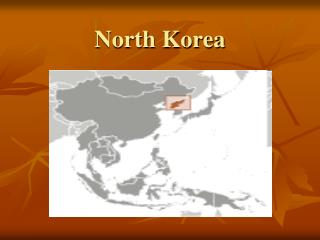 North Korea. Historically. The Korean Peninsula had been a vassal state of the Chinese Emperors, paying tributes for self rule. Japanese Conquest. Japan was the only Asian country to industrialize in the late 19 th Century. By the early 1900s, Japan had occupied much of Korea.