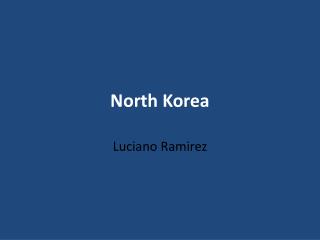 North Korea. Luciano Ramirez. Population. The estimated population of North Korea is 22,757,275. The median age is 33.9 years. The life expectancy is 61.53 years. Almost all are ethnic Koreans. There are very small Chinese and Japanese minorities. Language.