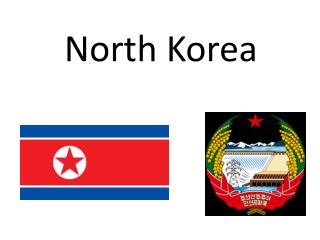 North Korea. Geography. North Korea , officially the Democratic People's Republic of Korea ( DPRK ), is a state in East Asia, occupying the northern half of the Korean Peninsula. Its capital and largest city is Pyongyang.