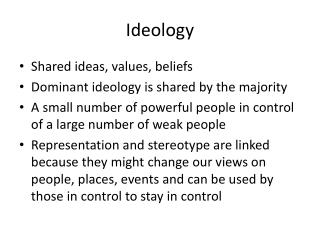 Ideology. Shared ideas, values, beliefs Dominant ideology is shared by the majority A small number of powerful people in control of a large number of weak people