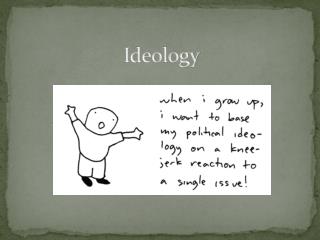 Ideology. Background. An organized set of related ideas that modify one another Personal use: Helps us make sense of political questions Public use: Trying to attract allies to our position Major ideologies develop in Europe in 18 th and 19 th century What was life in medieval Europe like?