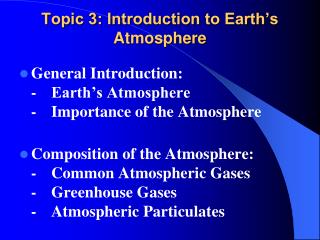 Topic 1: Classification - . classification history. taxonomy : branch of biology that groups all life according to their

15.1 The Atmosphere - . the water cycle continues. learning targets. describe the importance of the atmosphere to our