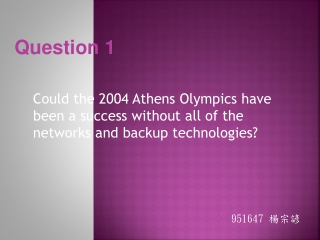 Question 1 - . the empire of mali is located in which area of africa? a. west b. north c. east d. south. question 2. the

Question # 1 - . in ontario, what percentage of children and youth between the ages 4-16 suffer from some type of mental

Question 1: - You have joined a lab for your graduate studies and your project is to study a mutation in mcl1 that was

Question 1 - . what does the article tell us about? places for tourists to visit in hong kong the history of hong kong

Question #1 - Get out a piece of lined paper. respond to each of the following questions while watching weather

Question 1 - Answer 1. which of these is an example of climate change?a windy daya rainy daya hot summer daya sunny day.