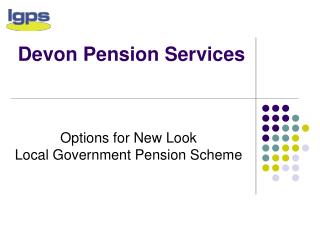 Devon Pension Services. Options for New Look Local Government Pension Scheme. WHY REFORM NOW?. Half of LGPS members are now estimated to work part-time and 72% of members are female.