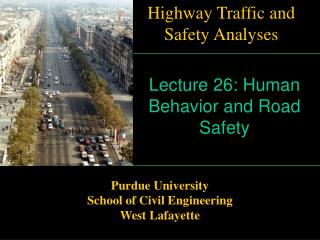 ROAD ASSESSMENT PROGRAMS: A New Approach to Highway Safety Management and Communications - . funded through the