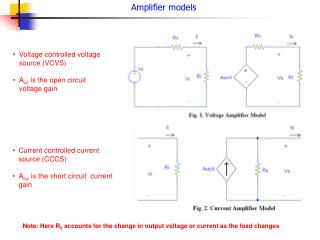 Operational Amplifier - . outlines. introduction to operational amplifier (op-amp). the parameters and characteristics of

Inverting amplifier - . it inverts and scales the input signal. as long as the op-amp gain is very large, the amplifier

Difference Amplifier - . writing everything that we know. after some algebra. to have equal scaling factors. under those

Feedback Amplifier - . objectives. in this av we will address the concept of feedback.