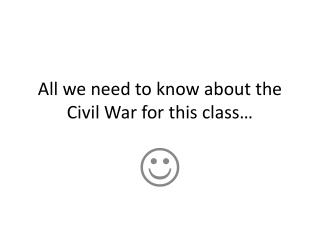 All we need to know about the Civil War for this class…. . North = Industry & Immigrants. South= Agriculture based on slavery. Political & Social Catalyst. According to the decision slaves are property! No one can be denied life, liberty or PROPERTY.