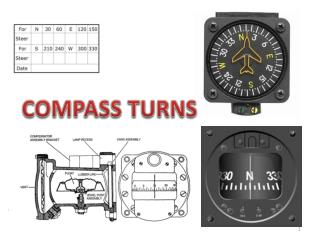 COMPASS TURNS. Why Use A Compass Turn. Compass turns are used in aircraft using only a magnetic compass for guidance Generally used when the directional gyro ceases to function properly Compass will operate despite failures in the electrical, vacuum or pitot static systems Compass - . instrument with north- pointing needle. astrolabe. instrument for finding latitude by measuring the angle of

COMPASS - En. muon sweeping in the m2 muon beam line for the compass experiment with a view to its potential for clic.

GRAPEVINE TURNS 70 - . join in the celebration!. “ we’re sober…it was a good day!”. grapevine has been hanging