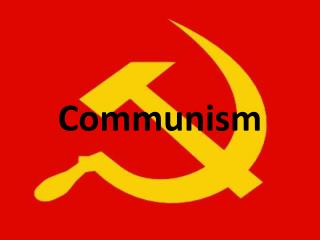 Communism - . what is communism?. a government system in which all property is community property. everyone works. the

Communism - . soviet empire and utopian dreams. the history of communism was defined by the interests, needs and goals of