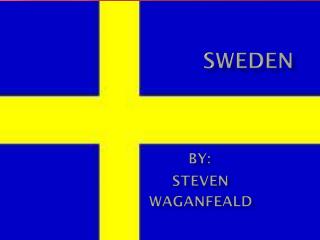 Sweden. By : Steven Waganfeald. Geography of S weden. Sweden borders Finland and Norway. Sweden is heavily forested with 78% of the country being forests or woodland. Sweden is the 5 th largest country in Europe. SWEDEN From Sweden - . everybody has blond hair and blue eyes . it’s always cold . that we are good att sports and we

Sweden - . land and climate. sweden is one of the “three fingers” of scandinavia. sweden has about nine million

Sweden (: - . also call the land of the midnight sun. 5 th largest european country. nordic country. what you are going

Sweden - . by: aisling rafferty. facts about sweden. the population of sweden is 9.2 million. the urban population of

Sweden - . ishika patel. language. the swedish language is very similar to the languages of norway, denmark, and iceland.