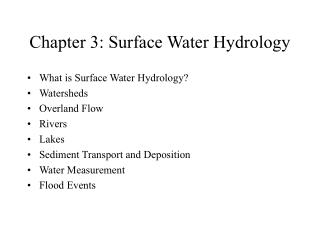 HYDROLOGY BASIC CONCEPTS - . hydrology. hydrology is the science of the waters of the earth and its atmosphere. deals