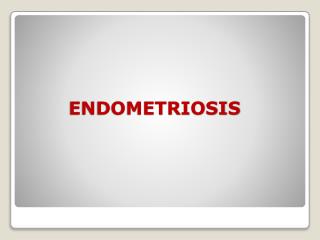 Endometriosis - . “ presence of endometrial tissue outside the lining of the uterine cavity” or “proliferation of