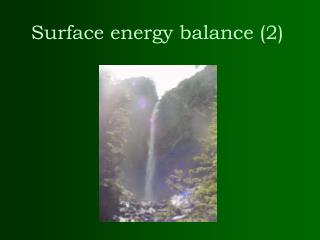 Surface energy balance (2). Review of last lecture. What is energy? 3 methods of energy transfer The names of the 6 wavelength categories in the electromagnetic radiation spectrum. The wavelength range of Sun (shortwave) and Earth (longwave) radition SURFACE FINISHINGS - . the art of treating the surface of building materials with a suitable covering material to make

Chap. 6 Balance in Wine - . by prof. liu yanlin. interference and balance between flavours. the taste of wine is for the

From Bone Microstructure to Biology - . chapter 3. bone terminology. drift- growth of one surface involves removal of

BALANCE OF PAYMENTS - . bop or balance of international payments is the systematic and summary record of a country’s