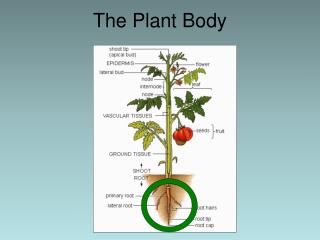 Plant Propagation - . plant propagation. the process of increasing the numbers of a species, maintaining a species, or

PLANT ANATOMY - . the science of the structure of the organized plant body learned by dissection is called plant anatomy

GROWING A PLANT - . by caliva luster deaunshay crenshaw nick curry jordan scott. research question. how much water does a

My Body Is My Body, Your Body Is Your Body - . by dawn varney, licsw. this is my body. it has lots of parts. they help me

What is phototropism? - B5 – plant development. 5 a day revision. what are auxins and what do they do?. why might a