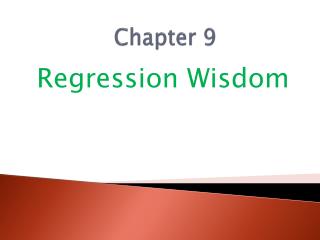 Chapter 9. Regression Wisdom . Getting the “Bends”. Linear regression only works for linear models. (That sounds obvious, but when you fit a regression, you can’t take it for granted.)