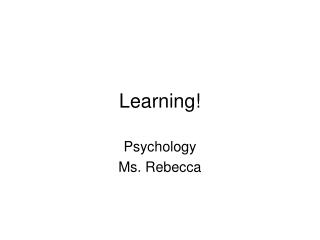 Why Mobile Learning Is The Future Of Workplace Learning (Infographic) - You must have heard this before, but know first

BLENDED LEARNING - . „… because people are no single-method learners !“. overview. what is blended learning?

Learning Outcomes and their Relationship to Teaching and Learning Activities and to Assessment - . 27 november 2009

Are You Smarter Than a Millennial? The challenges of generations working and learning together - . daniel phelan and