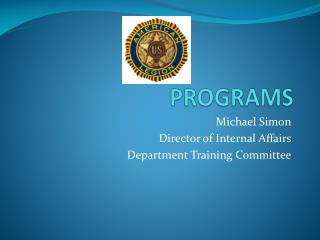 Programs - “whether you are doing business in the cloud, on premises, or somewhere in between, partner incentives

PROGRAMS - . the categories of programs for workgroup information systems are system programs, including os utilities,

Programs - . a program is a stored set of instructions that can be interpreted and executed by a computer. this applies