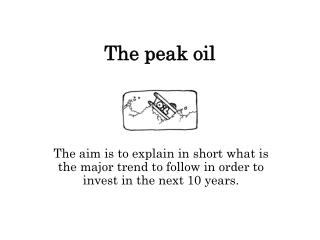 The aim is to explain in short what is the major trend to follow in order to invest in the next 10 years. . The peak oil. Peak Oil - the emerging reality - Who am i? chris skrebowski has spent half his working life in the oil industry and the