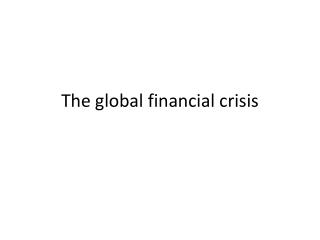 Global Financial Crisis - . outline. what lead us to the crisis? background (how it started) parties/players end result

What created the global financial crisis? - . 10. finance, saving, and investment. chapter checklist. when you have