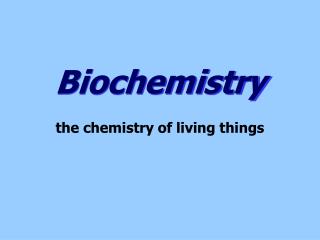 BIOCHEMISTRY - . our targets: explain life processes in the molecular level success in tests and exams prepare for the

Biochemistry II: Binding of ligands to a macromolecule (or the secret of life itself...)