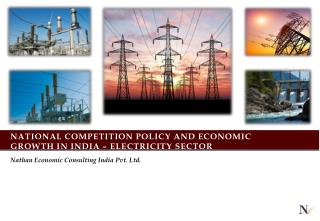 It’s shocking! - . year 10 electricity topic. post box activity. complete the 8 questions around the room. what is

Electricity in the World and India - . india has the fifth largest generation capacity in the world. the top four

The economic history of technological progress - . is at the foundation of long term economic growth easy to see why: all

Electricity: - . using electricity. in 1771, luigi galvani discovered that the muscles of dead frogs twitched when struck

Economic Growth - . core hypothesis : economic growth doesn’t just happen; rather, it is endogenous , and depends on