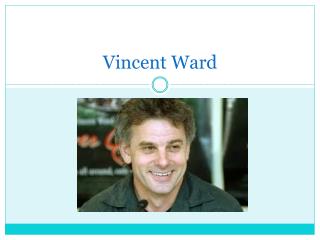 Vincent Ward. Biography. Vincent Ward is 56years old and was born on the 16 th of February 1956. He was born in Greytown in the Wairarapa , New Zealand. Vincent Ward - . biography. was born in born 16 february 1956 in grey town new zealand he was educated at st patrick's

Ward Watcher - . a guide for beginners a reminder for the rest. introduction. entering the data into ward watcher(ww) is

Ward Churchill - . academic freedom and the footnote police. who is ward churchill?. churchill is of american indian

Arran ward. - Arran ward. by layla and ann-marie. welcome. we want to bring to your attention the excellent team here at