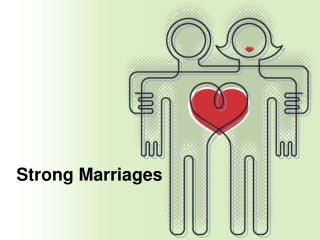 Strong Marriages. Marital satisfaction is something your spouse does for you . false!. Marriage will make you feel complete, whole and safe. . false!. Sometimes you and your spouse will have different goals and dreams . True. You will have to work hard to have a good marriage. True. Advantages of Arranged Marriages - Are you searching for your perfect life partner? visit here: