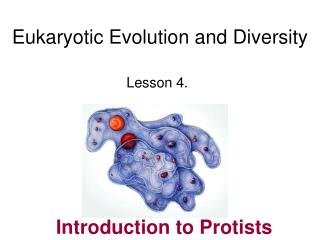 Origins of Eukaryotic Diversity – Protists Diversity - . for lecture, make sure you know the names and characteristics

VERTEBRATE EVOLUTION AND DIVERSITY - . vertebrates have unique endoskeletons composed of: a cranium (skull) a backbone

ANIMAL EVOLUTION AND DIVERSITY - Figure 18.1a. animal evolution and diversity. 18.1 what is an animal? animals are

Evolution and Life’s Diversity - . ch. 13 and 14. evolution: the process by which modern organisms have descended from