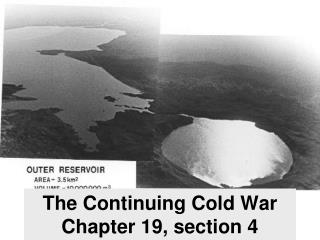 The Continuing Cold War - . “i have here in my hand a list of 205 (people) who were known to the secretary of state as

Chapter 19 The Cold War - . section 1 healing the wounds of war. the occupation of germany. {to discuss how to handle

Chapter 19 section 4 - . americans on the home front. financing the war. henry ford had orders to build 16,000 tanks and

Chapter 19 Section 4 - . objective: to understand the relationship between the protection of civil rights and liberties

Chapter 19 Section 4 - . americans on the home front. liberty bonds. special bonds to support the war effort they could

Chapter 29 Section 2 (Cold War) - . both the united states and ussr worked hard to develop new weapons bringing in the

Chapter 28, Section 1: The Cold War Begins - . main idea: after wwii, distrust between the us &amp; ussr led to the