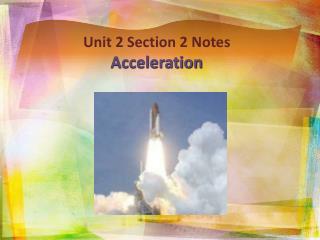 Unit 3 Section 2 Notes - . what is energy?. energy and work. energy can be defined as: the ability to do wo rk

Unit 2 Section 3 Notes - . motion and force. what is force?. a force is the cause of acceleration or change in an

Unit 4 Section 2 Notes - . matter and energy. kinetic theory of matter:. useful for seeing differences in the 3