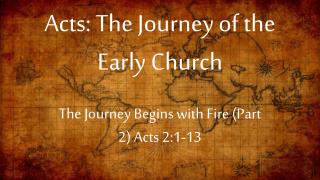 Ajagbe Samuel Olushola - Your church can multiply. ajagbe samuel olushola. the church is not a building. it is the

Early Church to the Reformation - . part ii. b. theologians become activists. the 2 nd half of the 4 th c. witnessed the

The Church - . section 1: the church; christ’s continued presence and work in the world. part 1: the origin of the

WE MUST NOW ‘ARABESQUE’ IN TIME BACK FROM THE RENAISSANCE TO THE - Early church, then the crusades, and journey in