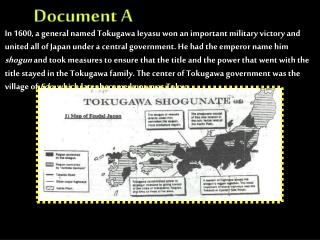 DOCUMENT A - President franklin d. roosevelt is commonly thought of as a liberal and president herbert hoover as a

Document A - Document b. document a. in this engraving, titled &quot;the awakening of the third estate,&quot; an

A Document Perspective - Prepared by b urrows c onsulting , i nc . for. a document perspective. digital media expands our

Formatting a Document - . what’s inside and on the cd?. in this chapter, you will learn how to format text, using

Organizing a Document* - . write for the audience, not for yourself use the abc format abstract (introduction, beginning)

Primary Source Document A - . what kind of document is it? do soaps (very quickly) read for details: what has to happen

Creating a Hypertext Document - . links can point to another section in the same document, to an entirely different

Study a Visual document - . you must be able to answer these questions. - what sort of document is it? - where and when

What is a document? - . information need: from where did the metaphor, doing x is like “herding cats”, arise?

Getting a Document Together - . communicating information documents and publications. this icon indicates the slide