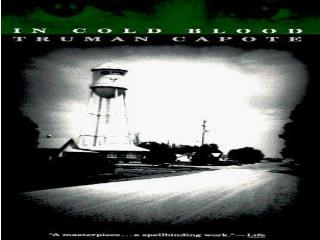 TRUMAN CAPOTE. He was born as Truman Streckfus Persons in New Orleans, Louisiana to Lilly Mea Faulk and Archulus Persons His parents divorced so he was sent to Monroeville, Alabama He was then raised by his mothers relatives for 5 years