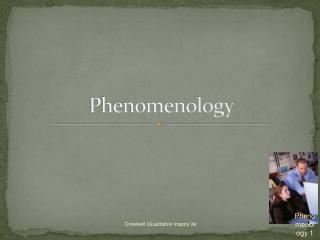 Phenomenology. Phenomenology: Definition and Background. Describes the meaning of lived experiences for several individuals Describes what the participants have in common as they experience a phenomenon THE PHENOMENOLOGY OF THE SELF - . velimir b. popoviĆ, ph.d. jungian psychoanalyst. ego and self: terminology. w. james

phenomenology of Spirit - hegel - . independence and dependence: the dialectic between master and slave. hegel describes