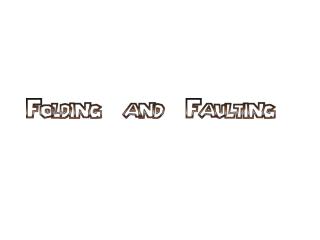 Stress. Compressional Tensional Shear. Folding. Folds are formed by compression resulting in shortening and thickening of the crust. Parts of a fold: 1) limbs - the two sides of a fold. STRESS! What stress?! - . avid presentation kim urenda fall 2009. what is stress?. stress is the emotional and physical

Stress and Stress Management - . stress survey. how well do you resist stress? let’s find out!. what do you think?.

Stress and Stress Management - . chapter 13. what stresses you out?. how to combat stress?. physical stretch massage

STRESS 5: Stress Control - . the specification. stress as a bodily response the body’s response to stress

Stress and Stress Management - . stress. stress – is the disruption of homeostasis (balance) through physical or

STRESS AND STRESS MANAGEMENT - Chapter 14. stress and stress management. causes of stress. * stress is any reaction or

Stress. - Stress. definitions of stress. stress has been defined according to one of three theoretical models: a stimulus

Stress - . what do you know about stress?. definition. stress is nothing but a normal physiological response of the body

Stress! - . what is stress?. stress is a normal physical response to events that make you feel threatened or upset your

STRESS - . it’s psychological and physiological impact and how to handle it. what is stress?. a state of tension

Stress - . how can we identify and manage stress. definition of stress:. is the body's reaction to change - requires a