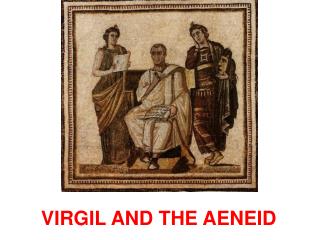 VIRGIL AND THE AENEID. Publius Vergilius Maro was born in 70 B.C. at Mantua in Cisalpine Gaul (i.e. the plains of the River Po, which were at that time not regarded as part of Italy). He was the son of a farmer wealthy enough to send him later for education in Cremona, Milan and Rome.