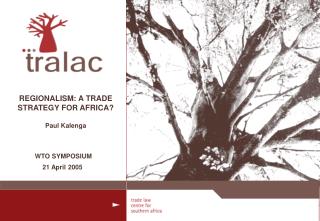 Strategy - . is it a plan, a plot, a learning curve ? no – its strategy !. the organization in its environment.

An alarming number of children are sexually exploited. It goes beyond the visible sex trade. There are many factors

Africa - . the beginning. africa is one of the earth’s seven continents. it is the second largest continent. africa is

Features of Africa - . complete this statement … “africa’s physical geography is”…. how large is africa?. 4 6 0