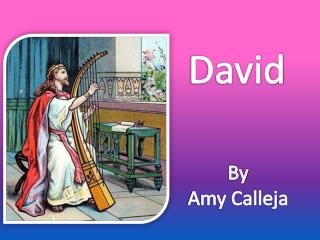 David. By Amy Calleja. Since king Saul disobeyed God. God told Samuel to go to Jesse’s house and called his sons and the one he chooses will be king. When Samuel arrived, Jesse got him his first son, then his second son until each son who was in his house was called. David and a Kingdom Divided - . would you see this movie or read this book?. from judges to kings. what is a judge? who