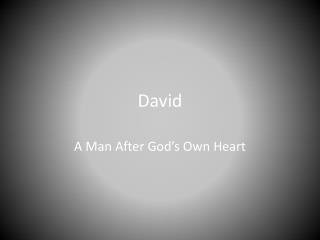 David. A Man After God’s Own Heart. Where We Have Been. Israelites ask for a King Saul anointed King Saul disobedient to God David Anointed King Spirit of God Leaves Saul and is on David David Defeats Goliath. David. David was in his teens when he was anointed