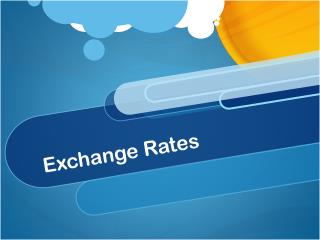 Exchange Rates . Foreign Exchange Market . Currencies are bought and sold on a foreign exchange market. The demand for a currency is a function of three main variables. . The demand for other countries’ goods and services : .