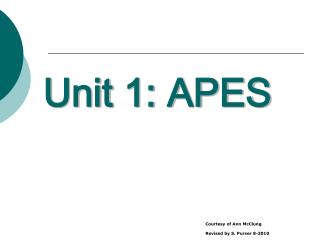 APES REVIEW #4 - . 1) disposal of vegetable and animal waste by natural decomposition is called: a) composting b) surface