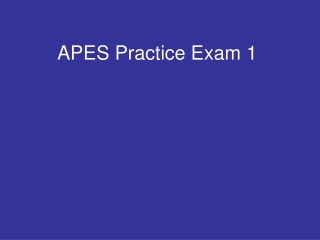 APES Practice Exam 1. Questions 1-5 refer to the structure of the atmosphere. (A) Troposphere (B) Stratosphere (C) Thermosphere (D) Mesosphere (E) Stratopause. The layer that contains the earth's daily weather Extends from 50-80 km above Earth Practice Questions for Exam 1 - . reproduction that occurs when a portion of a parent splits off to form a new individual