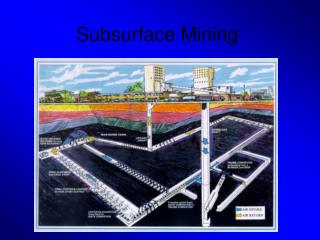 Subsurface Mining. What are mineral resources?. Subsurface Air Flow - . air is a fluid (but not a liquid) that behaves similarly to water we see pressure changes in the