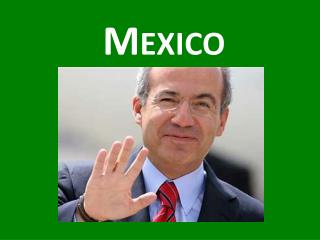 Mexico. Think… “It’s all about the PRI (and what they weren’t)”. Overview: The Big Picture. System of Government : Presidential Distribution of Power : Federal System Electoral System : Mixed System: SMDP and PR Constitution : Constitution of 1917