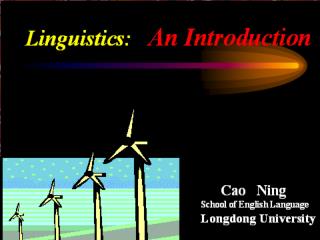 Chapter 2 Speech Sounds. Introduction. Speech and writing are two media for language. Speech is prior to writing, so speech is more basic than writing.

THE SEVEN SYLLABLE TYPES - First: a review of the vowel sounds. each syllable in our language has a vowel sound.long

Phonetics &amp; Phonology of English: How &amp; Why We Speak the Way We Do - . dr. latricia trites academic