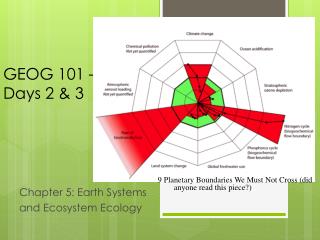 GEOG 101 – Days 2 & 3. Chapter 5: Earth Systems and Ecosystem Ecology. 9 Planetary Boundaries We Must Not Cross (did anyone read this piece?). Housekeeping Items. Does anyone need a course outline ? I would like to make one correction. Does everyone have a textbook? Trump and Clinton: 50 days to go - The candidates hit the trail 50 days before the

Getting over fear of rejection – with Jia Jiang of 100 Days - Of rejection sponsored by:

Welcome to 3rd Grade Jeopardy!! - . jeopardy – round 1. click here for round two. which american indian (first

FADTP 3-1 - . we are learning to : describe how objects in the solar system are in regular and predictable motions that

Amos - . the prophet of social injustice. amos 1:1. the words of amos, who was among the sheepherders from tekoa, which

THE 12 DOG DAYS OF CHRISTMAS - . by nigel buggers from life with dogs.

Simon’s Cat or Why I have a black eye some days - . http://www.youtube.com/watch?v=w0ffwdyo00q. breeds and terminology.

PAIN - . do you have frequent pain? do you use medication for pain? if yes: in the past 3 months, how often did you have