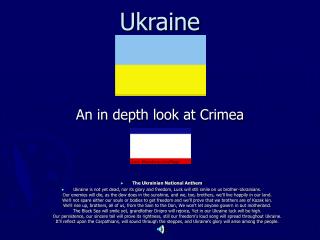 Ukraine. An in depth look at Crimea. The Ukrainian National Anthem